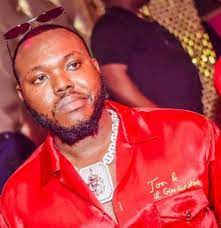 Federal high court sitting in Lagos south west Nigeria has adjourned till 28th February,2023 for continuation of trial, the nine-count charge of obtaining money by false pretence filed by Economic and Financial Crimes Commission EFCC, against a Lagos business man, Sarumi Samusideen Babafemi and three of his companies namely 606 Autos Limited,606 Music Limited and Splash Off Entertainment Limited.
According to the nine-count amended charge filed before the court by EFCC prosecutor, A B C Ozioko, it was stated that Sarumi Samusideen Babafemi (a.k.a 606), being the Managing Director and Chief Executive Officer of 606 Autos Limited, 606 Music Limited, and Splash Off Entertainment Limited, Ismail Mustapha (a.k.aMompha), Ridwan Momodu Allison (a.k.a Osama)now at large and Richard Ugbah, sometime between 2013 to 2018 in Lagos within the Jurisdiction of this Honourable Court, transferred the sum of N37,600,000.00(Thirty Seven Million, Six Hundred Thousand Naira) to one Omojadesola Shittu Allison which he reasonably ought to have known that such fund forms part of the proceeds of an unlawful act to obtain money by false pretence contrary to section 15(2)(b) of the Money Laundering (Prohibition) Act 2011 (As Amended) and Punishable under section 15(3) of the Act.

It was further alleged that, within the same period and time, the defendant and his companies allegedly transferred a total sums of N169,500,000 to four different people as follows, N 93million to one Olanrewju Ibrahim Oriyomi,transfered N1,500,000,to one Abiola Kayode Ayorinde a.K.a(ABK) and,transfered N25million to one Batholomew Oluchukwu Ezenduka, the funds he ought to have known forms part of the proceeds of unlawful act.