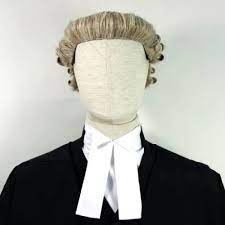 After being convicted of falsely pretending to be an American lawyer, a former student of the Federal Polytechnic, Auchi, Francis Nduka, was, yesterday, sentenced to two years imprisonment by an Ikeja Special Offences Court. The court, presided over by Justice Ramon Oshodi, sentenced Nduka, who is an internet fraudster, who posed as a lawyer, and at other times as a Yoga therapist and defrauded unsuspecting victims of $3,700.

The judge arrived at the decision after the convict, who said he has been into romance and scams since 2020, pleaded guilty to the charge made against him by the Economic and Financial Crimes Commission (EFCC).

Justice Oshodi also ordered the forfeiture of the items that were recovered from the convict to the Federal Government. It would be recalled that Nduka was docked on a two-count of procurement of fraudulent documents and fraud instituted against him by the anti-graft agency.

While the convict was being arraigned, the Commission, through its counsel, Mrs. Orhieoghene Adewunmi, told the court that the convict, on April 27, 2022, fraudulently procured a document and pretended to be a lawyer named, Richard Ratz, adding that the alleged offence took place in the Iju-Ishaga area of Lagos State. The offence, according to the lawyer, is punishable under Section 318 of the criminal law of Lagos State 2011. Meanwhile, after Nduka’s guilty plea, the prosecutor gave the facts of the case. Adewunmi said, “In view of the defendant’s guilty plea, we wish to review the facts of the case. “Sometimes in April 2022, we received an intelligence report that a group of individuals was carrying out fraudulent activities in the Iju- Ishaga area of Lagos State.

“The EFCC operatives arrested him, and recovered a black Apple iPhone 11 Plus, a gray Lenovo laptop, and a Silver Lexus 350 Saloon car, with plate No SMK 297GW, 2011 model. “We found in the defendant’s gadgets that he has been pretending to be an American lawyer named Richard Ratz, and also acted as Holland Diana, a Yoga therapist, and collected $3,700 from people. “He admitted to the offence when he was arrested and also wrote a confessional statement.” The convict’s lawyer, K. A. Adam, in his plea on behalf of the convict, urged the court to be lenient in sentencing Nduka.