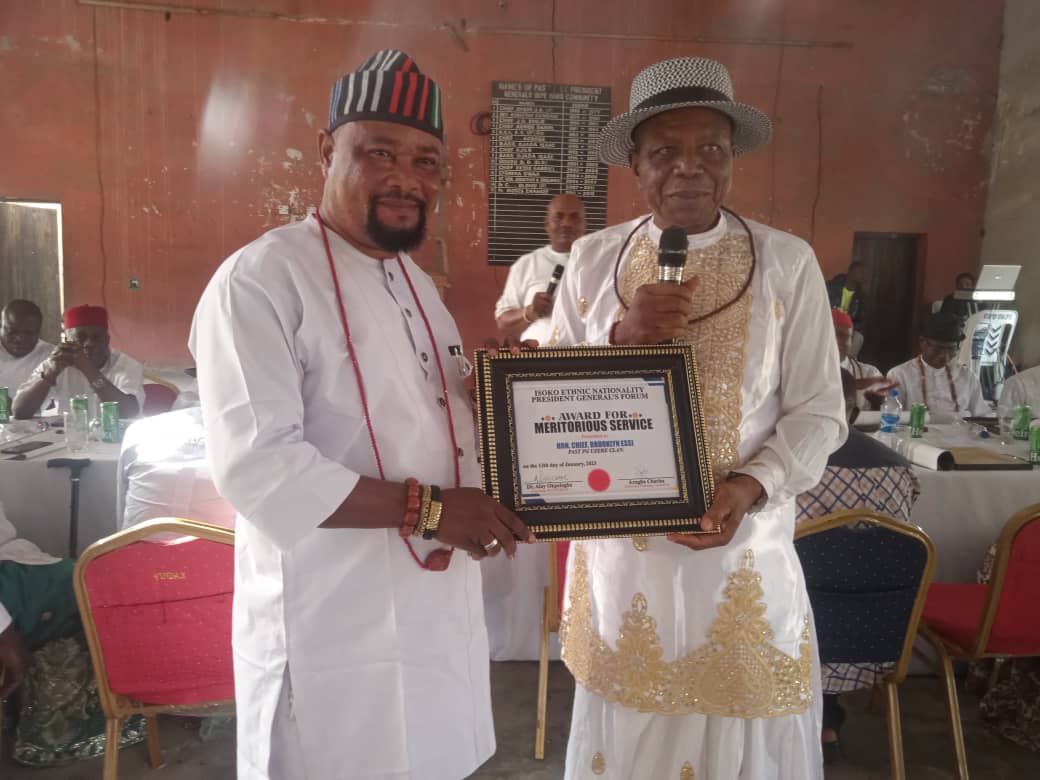 While felicitating with them, in his speech, Dr. Aloycious Okpelogbo had noted that peace and unity which reigned throughout Isoko nation during the tenures of the ex-president generals deserved commendation and craved the indulgence of the incoming ones to thread the path of the ex-president generals to ensure that peace remains sacrosanct in their minds to ensure progressive development in Isoko land.

Dr. Aloycious Okpelogbo equally urged the incoming president-generals to always emulate their predecessor and consult them in case of any challenges that may arise from time to time so as to nip such crises in the bud from escalation.

While concluding his speech, he charged the incoming president-generals to complete the uncompleted projects in Isoko land, especially roads and urged the ex-president generals to assist the Isoko Development Union in settling some of the disputes millitatiing against the the progress of the Isoko nation.

The Ovie of Okpe Isoko Kingdom, ably represented by Chief Daniel Uthe, the Otota of the kingdom, while commending the chairman’s effort in bringing peace to Isoko land, he advised the members of the forum to be tolerant of one another, so as to maintain the existing peace among the Isoko people and collectively join hands to bring development to Isoko land.

The forum used the medium to appeal to IDU to lift the suspension placed on the IDU financial secretary, Hon. Fred Efeh whose case is in court, noting that, Hon. Fred Efeh was wrongly suspended and asked the IDU to tender an apology and withdraw the case from court.

Hon.Fred Efeh who was in the forum’s meeting was pleased with the decision of the forum.

.All ex-president generals who were present at the forum were pronounced ex-officials and can be called upon when needed.

Prince Uzie of the labour party and Hon.Joel Onowakpo Thomas of the All Progressive Congress(APC)were later prayed for, as both seeked the support of the forum.