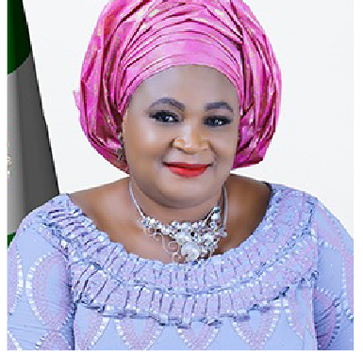 Barely a month ahead of the 2023 polls, a Cross River All Progressives Congress (APC) central senatorial district aspirant, Mary Ekpere, has headed for court again challenging the candidacy of Hon. William Eteng even as the party’s presidential candidate, Alh. Bola Tinubu has called on all parties to drop litigations.

Tinubu had on December 20, 2022, at the town hall meeting held in Calabar appealed to her and other aggrieved aspirants to drop all court cases for the sake of peace and unity of the party.

Against this background, the likes of Sen. John Owan Enoh had pulled out of court, while Mary rejected the intervention and headed back to a higher court to seek for disqualification of Eteng William, who was declared the authentic candidate of the party.

The High Court had ordered a new primary following the cancellation of the earlier one conducted on May 28, 2022. The court had ruled that the participation of Jonah Eteng for the first or the earlier primary election was in breach of Section 65 (2) (b) of the 1999 Constitution of ab initio and as such the Eteng can no longer lawfully participate in the fresh election of December 7, 2022.

But shortly after the fresh primary, Ekpere again challenged the outcome in suit No. FHC/A45|CS/2377/2022 between Mary Ekpere vs Jonah Eteng Williams and 3 others, Ekpere, through her counsel, B.J Akomolafe, SAN, is seeking automatic disqualification of Eteng Williams from participating in the fresh primary election of the Cross River State central senatorial district which was conducted on December 17, 2022, to elect its candidate in respect of the general election of 2023 based on earlier Abuja High judgment presided over by Justice Fadima Murtala Aminu in Suit No.FHC/ABJ/CS/885/2022.

The counsel is also asking the court to declare the participation of Prof. John Inyang in the fresh primary as unlawful, null, and void since he was ab initio not qualified to participate in the new election because he has already withdrawn from the race just as he is seeking for the nullification and invalidation of John Inyang’s 27 votes recorded for him during the election.

Reacting, an APC stalwart from the central, Chief Emmanuel Ubi, said: “I am surprised that one of the aspirants still went to court even as Tinubu had called for a truce.

“We have a few weeks until the NASS election and we are still in court. It is simply anti-party and should be dealt with accordingly. This action is a distraction and can affect the party at the polls. I appeal for understanding from the aggrieved at this crucial stage of electioneering. I call for quick intervention from the state leadership.”

CrossRiverWatch was founded on the ideals of deploying tech tools to report in an ethical manner, news, views and analysis with a narrative that ensures transparency in governance, a good society and an accountable democracy.

Everyone appreciates good journalism but it costs a lot of money. Nonetheless, it cannot be sacrificed on the altar of news commercialisation.

Consider making a modest contribution to support CrossRiverWatch’s journalism of credibility and integrity in order to ensure that all have continuous free access to our noble endeavor.