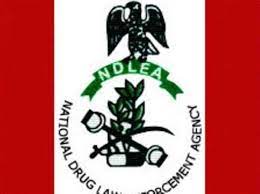 Forty-eight years old Lagos based businessman, Mr Aro Aderinde has threatened to drag the National Drug Law Enforcement Agency, NDLEA to court for unlawfully breaking into his house in the Ikorodu area of Lagos, arresting and detaining him for 33 days.

Three months ago, the anti-narcotic agency disclosed that it had arrested Aderinde, who had been on its wanted list, over his alleged involvement in the export of 3,149 kilogrammes of cannabis Sativa concealed in coconut fibres via container number MSKU 1820587.

But Aderinde accused NDLEA of not carrying out due diligence in its investigation before releasinghis identity in the public space.

Describing the agency’s action as unlawful, in a press briefing held weekend in Abuja, he said he was freed and confirmed innocent of illicit drug charges levelled against him.

He therefore, demanded an apology from the NDLEA as well as a retraction of the publication which he said was injurious to him According to him, “ At about 4am, on October 16, 2022, about 30 armed NDLEA officers invaded my house in Ikorodu, broke and damaged three doors to gain entry. They arrested and detained me in their office for 33 days with regard to an offence I knew nothing about.

“They circulated the news to the print, electronic and social media, that I am a drug kingpin, with my picture carrying a placard and placing some packages beside me in the picture, suggesting that those packages of illicit drugs were recovered from me. They did all these without a diligent investigation.

“This action is defamatory and injurious to my reputation, my business and my family’s reputation.

“After my release, my lawyer wrote the NDLEA for retraction of all publications against me in print, electronic and social media, but the organization replied to my lawyer that it was not culpable, hence there is no need for retractions.

“I have therefore instructed my lawyer to take legal action against the NDLEA over my arrest, detention, and the defamatory publications”, he stated.

However, when the spokesman for the NDLEA, Mr Femi Babafemi was contacted, he that Aderinde was still wanted by the agency.

According to Babafemi, “. Aderinde is wanted by the Agency because he failed to keep to the conditions of his administrative bail to report along with other suspects in the case.

“While others have been reporting, he failed to show up and already charges have been filed against him. He needs to submit himself to face his charges rather than seeking to appeal for sympathy”