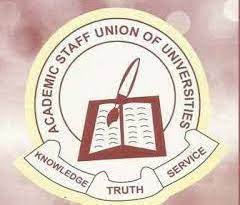 All of the staff unions at the Bamidele Olumilua University of Science and Technology, Ikere Ekiti, which is owned by the Ekiti State Government, have been banned.

B.S. Momoh, the acting registrar, explained that the action was required because the unions’ actions were detracting from the university’s development vision and mission.

A new university like BOUESTI, according to Momoh, “certainly does not need these distractions if it must develop properly to fulfil the vision and mission for which it was established.”

Therefore, it is crucial to make sure that reckless behaviours like these are not tolerated at our university.

“The three unions in BOUESTI—ASUU, SSANU, and NASU—are hereby prohibited with immediate effect following a review of the incidents and in accordance with the governor of Ekiti State and visitor to the university’s directive.

Staff members are hereby ordered to perform their regular duties fearlessly and to abstain from engaging in illegal activity, according to Momoh.

The SSANU Chairman, G.O. Olowolafe, and his NASU counterpart, Adewale Animasaun, both responded by stating that their organisations’ headquarters had been informed of the situation.

This is purely a union matter, Olowolafe declared.

The federal government has registered the union. Only a branch, really. The national headquarters is already aware of the situation. We at the branch level currently lack the authority to comment.

However, Animasaun stated, “At first, I thought it was an internal matter that would be resolved internally.

However, when I saw the proscription letter that the management proscribed the union, it was so embarrassing.

However, there is nothing we can do where a person believes he has power, so I gave up.

The NASU chairman clarified that employees were not causing a distraction for the university because they “love the school being a new university,” in response to a question about whether it was illegal for them to demand promotions and payment of amputated 34 months’ salaries.

We agreed to work for the improvement of the school and are here even though we are supposed to be on strike right now.

I am powerless in NASU without the headquarters. I have sent the NASU headquarters the report of what happened,” he declared.

“Once more, Academic Welfare Association is what we have in BOUESTI, not ASUU.

The university or state government will not be able to ban ASUU when it eventually arrives there.