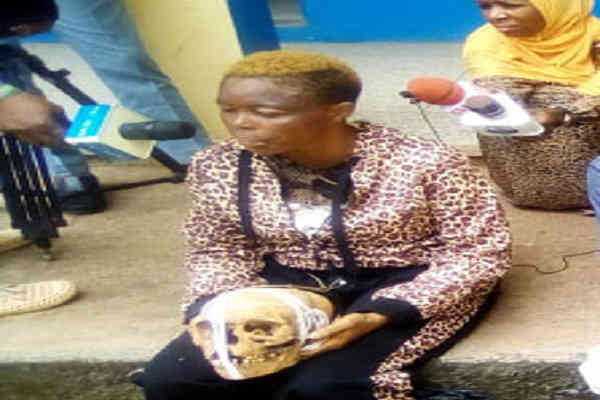 Josephine Adun, a remorseful mother of four, was arrested in Benin, Edo State, with a human skull.

Adun, who is divorced, spoke when police paraded her and 16 other suspects yesterday.

“I want to use this platform to warn other women not to sell human parts to anyone, no matter how much they promise to give,” she said. My lessons have been learned.”

One Goodluck Charity attempted to purchase a human skull from her, which she sold to him for N40,000 after purchasing it for N8,000 from another source, she said.

Adun claimed that Goodluck Charity gave her an extra N5,000 for a job well done, and that she was arrested this month despite selling the skull in February.

Charity claimed that a herbalist requested the skull for a money ritual.

Abutu Yaro, the Edo Police Commissioner, stated that criminals will not be allowed to take control of the state.