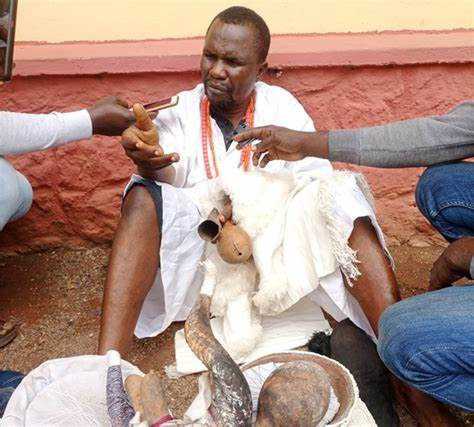 Ejes Gist newspaper reports that, Abdul Salami Yakub, an Islamic cleric, has been detained for allegedly scamming several members of the public in Ogun State.

The suspect was arrested after Rukayat Ibrahim filed a complaint with the Commissioner of Police claiming that the suspect cheated her and her younger sister, Oluwaseun Ibrahim, of N5.475 million. Yakub claimed to have a spiritual remedy to her daughter’s problem, according to Rukayat.

After a search of his home, a masquerade head, several charms, and magic pots were discovered.

DSP Abimbola Oyeyemi, the spokesperson for the Ogun State Police Force, also warned Nigerians to be careful about who they seek spiritual help from.