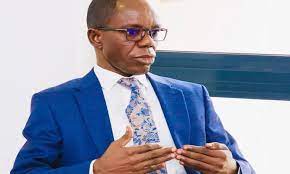 Prince Efe Duku, a Special Adviser on Legislative and Plenary Matters to the Deputy President of the Senate, Sen Ovie Omo-Agege, has initiated a lawsuit against the Delta State Government over the controversial N150 billion loan dubbed by the state government as ‘bridging finance’.

The credit facility was approved for the state government by the State House of Assembly on Thursday, April 26, 2022.

Duku, in a statement said that he initiated the court action at the Federal High Court to stop the loan and save the state from being plugged into debt.

“I am wholly convinced that this is a necessary step to protect our treasury and Delta’s future from the imminent and clear danger that the Okowa government is. This is for the collective good of our people”, he said.

He said that although it has no compelling substance and urgency, the loan was hastily approved by the House.

“A loan that must eat deep into and sacrifice the future of our State. Amongst others, the action filed seeks to void the approval by the House for being reckless and manifestly unlawful when weighed against relevant legislations”, he said.

According to him; “Carefully analysed, this so-called loan is part of a troubling pattern of reckless borrowing, intolerable fiscal irresponsibility, wastefulness, and lawlessness in Delta’s public finance management. It speaks to extreme corruption in the conduct of public governance in our State.

Also, the loan is shrouded in voodoo economics, he said, adding “It is driven by very disrespectful propaganda that ignores the capacity of Deltans to detect and resist obvious wrongs”.

Continuing, he said; “Fellow Deltans, for these reasons, and even much more, it is necessary to take every civilised step under our Constitution and laws to stop this loan that clearly spells a terrible economic disaster for our future. Inaction by vigilant citizens is not an option when government becomes manifestly dubious and even an existential threat to the citizens themselves.

“Accordingly, having consulted very widely amongst our people, good governance activists/advocacy groups and many respected political, religious, women, youth, and professional leaders of our State at home and abroad, I have instituted an action at the Federal High Court to stop the loan. I am wholly convinced that this is a necessary step to protect our treasury and Delta’s future from the imminent and clear danger that the Okowa government is. This is for the collective good of our people.

“It should be taken for granted that no party to this action will take any precipitous step that may touch on the issues already submitted to the court for determination. All parties ought to be wisely guided and strongly restrained until the law speaks with finality before any step may be taken”.

BIGPENNGR.COM reports that Governor Okowa had at a recent quarterly media briefing on the activities of his administration, clarified that the controversial N150 billion “Bridging Finance” facility he took recently following an approval from the state House of Assembly, was not a fresh loan but an advance from the N270 billion owed the state by the Federal Government.

He explained that the N150 billion had been tied to projects embarked upon by his administration and his predecessor, pointing out that the reason people questioned the approval of the facility by the House of Assembly was due to lack of information.

He pointed out that his administration would not take any decision that jeopardise the peace, unity and overall transformation of the state.