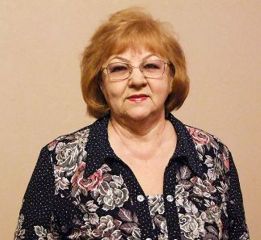 ABAKAN,  Khakassia –  A member of the Jehovah’s Witnesses, Valentina Baranovskaya, who has been in detention in Khakassia  for refusing to compromise her faith has been released. Khakassia , which has its capital in Abakan is a Russian republic.

She was released following a ruling on May 4 by a Khakassia Appeal court after a complaint filed by the prosecutor who was bent on holding her in detention. However, her son, Roman remains in prison, the official website of the Jehovah’s Witnesses, jw.org reported.

The Ust-Abakan District Court had authorized the release of Valentina Baranovskaya on parole. But on March 4, 2022, the prosecutor’s office appealed the decision.

The prosecutor had argued that the Jehovah’s Witness  should not be released early from her sentence as she “has not repented of her crime.”

On the night of April 10, 2019, armed law enforcement officers in Abakan raided four homes, including that of Brother Roman Baranovskiy and his mother, Valentina. Officers confiscated their Bibles, electronic devices, and personal records. A criminal case was opened against Roman and Valentina.

“When the raid took place,” Roman recalls, “we were at the midweek meeting and had just discussed 1 Corinthians 10:13. There was an important thought—Jehovah doesn’t assign trial . . . He doesn’t think to himself: ‘You’re strong, which means you’ll face this trial. But you, you’re weaker, here’s an easier trial.’ If that was the case, everything would depend on our strength. Various trials can befall any one of us. If we rely on Jehovah’s strength, we can all endure.”

In July 2020, Valentina suffered a stroke. She recalls: “The more my physical condition worsened, the clearer it became to me that Jehovah was beside me. This is because I never stopped praying, and it seemed like he took me into his arms. I felt such peace and serenity that I can’t fully express it.”

Despite these trial, she said  that her determination is “to serve our Father eternally and to remain faithful to him no matter what happens in my life.”

Valentina Baranovskaya was born in 1951 in Vannovka, Kazakhstan. She worked as an accountant and financial planner until she retired in 2006. She enjoys cooking as well as writing songs and poetry