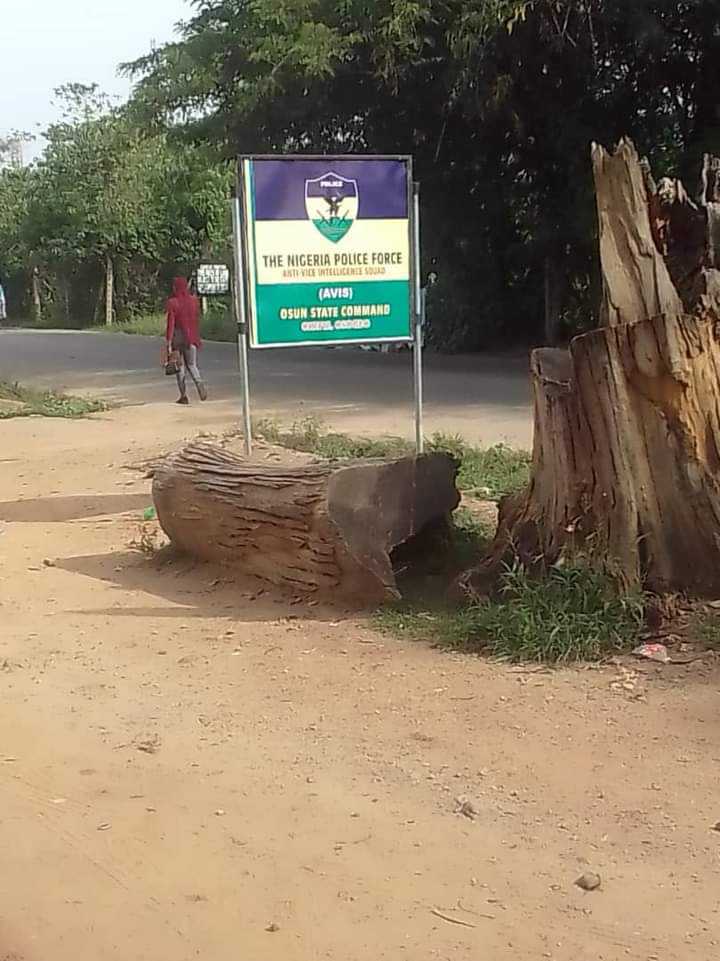 Men of the Osun state police command has been accused of unlawfully arresting five persons at the Jaleyemi Area of Osogbo, the Osun state capital on Friday.

Checks by Affairs TV News reveals that the policemen are officers of the Anti Vice Intelligence Squad of the Osun Police Command, who station is located around, Okefia in Osogbo.

The victims are Adewumi Muhammed, Tobiloba Ogedengbe, Sikiru Abimbola, Hassan Ahmed and one other man whose identity remains unknown.

One of the victims who spoke to Affairs TV News, Hassan Ahmed explained that he was only a victim of circumstance because the policemen were in the area on the invitation of a landlord who wanted to evict some of his tenants.

He added that the armed policemen who were all dressed in black however resulted to carting away valuables in the house noticing the absence of the residents.

Hassan who explained that he was in the area to see his friend that lives three houses away from the house the police visited originally added that the police detained him alongside his friend and also went away with his motorcycle and two other motorcycles found in the house.

He added that one of the motorcycles later turned out to be borrowed but when the owner showed, he was detained alongside one, Tobiloba Ogedengbe and Sikiru Abimbola who originally borrowed the bike adding that the bike owner was released few hours later.

Hassan said “On Friday 6th May 2022, I wanted to visit my friend around Jaleoyemi in the evening, but when I got to his house, I did not meet him, as I was about to return, I met him on the way so we decided to sit and talk outside his house. After a while, I decided to leave because my friend had told me to buy her bread.

“As we went further, I saw that a Sienna had parked beside my motorcycle with some armed men dressed in black. They had come to the third house away from my friend’s house on the invitation of the landlord to help him evict some of tenants.

“We were coming out and then they made attempt to start my motorcycle, then I rushed to them that it was my motorcycle, before I was done talking, they had started beating my friend and I, one of them called Audu placed an handcuff on my right hand, then I ran away as he was making an attempt to hold my left hand.

“After I left, they had carried my motorcycle and two other motorcycles in the compound with them to the Oke fia Police station.

“On getting to the Oja Oba division, the officers I met called their Boss who asked them to detain me but refused to remove the handcuff before locking me in the cell all through the night.

“On Saturday morning, one Officer identified as Audu came to Oja Oba Police Station to transfer me back to the Okefia Police Station but cuffed my two hands to the back.

“At Okefia Police station, they placed me in the cell till their Boss came, after I explained to their boss, he asked them to give us our phones so we can call our relatives, but they refused and locked us up.

“At about 2pm, they took our statements and returned us to the cell.

“One of the owners of the motorcycle came to the station to claim his motorcycle, he explained to them that he only borrowed someone in the compound the motorcycle, the officers now asked him to call the people he borrowed.

“When he called them, the Police detained the three of them, making five of us in the custody. After few hours, they released the man.

“Later in the evening, they were calling us out one after the other asking us to pay certain amount as bail before they’ll release us.

“After much plea, they took 20,000 from me, they took 18,000 from Tobiloba Ogedengbe and Sikiru Abimbola and then 11,000 from Adewumi Muhammed and released all of us but refused to release the motorcycles.

“When I got to the Oke fia Police station on Monday, May 9, 2022, Officer Audu then took 3000 from saying it will help me get my motorcycle on time.

Meanwhile, Affairs TV News gathered that the Commissioner of Police in Osun state, CP Wale Olokode and the Special Adviser to Osun Governor of Security Matters, Mrs Abiodun Ige intervened in the matter, late Monday evening before it was resolved.

Hassan also confirmed to Affairs TV News that his N23,000 has been refunded and his motorcycle has also been given back to him after the intervention.