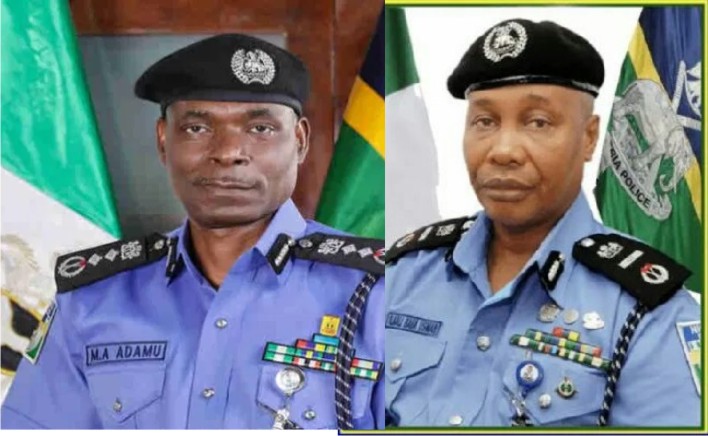 Giving reasons for the president’s decision, the Minister of Police Affairs Maigari Dingyadi, said the three-month tenure extension of the outgoing Inspector-General of Police Muhammad Adamu was terminated following completion of the selection process for a new I-G.

Buhari had on Feb. 4 extended the tenure of Adamu as the IGP for three months. Adamu, however, spent two months and three days of the extended period.

The minister while reacting to why the president did not allow the outgoing I-G exhaust the three months extension, said “The president is aware of this and you cannot take away that responsibility from him; he’s the one who is in charge of appointing or extending tenures.

“He has now decided to appoint a new person. So, please, allow him that responsibility and we cannot do anything about it,” he said.

Dingyadi explained that the appointment of the acting I-G followed a thorough check of a shortlist of suitably qualified police officers from the rank of DIGs and AIGs.

He said all the shortlisted candidates were police officers, eligible for appointment as I-G, in line with Section 7, Sub-section 2 of the Nigeria Police Act (2020).

“The tenure of the I-G Mohammed Adamu, which ended on February 1, 2021, was extended by the president to enable a detailed process of appointing a new I-G, in line with Section 15 (A) of the 1999 Constitution.

“After a thorough check of a shortlist of suitably qualified police officers from the rank of DIGs and AIGs, who are eligible police officers, eligible for appointment as I-G, in line with Section 7, Sub-section 2 of the Nigeria Police Act (2020).

“And having regards to seniority, professionalism, record of service and competence, the president has approved the appointment of an acting I-G, in the person of Usman Alkali Baba, with immediate effect.

“These changes are in line with the determination of the president to rejig the security architecture and to ensure that the security challenges bedevilling the nation are brought to an end.

“The president has, therefore, charged the new appointee to rise to the challenge to ensure policing reform policy of this administration are fully prioritised and implemented to enable the police to perform most effectively for the peace and security of lives and property of all Nigerians,” he said.

The minister quoted the president as thanking the outgoing I-G, Mohammed Adamu, for his professionalism and dedication to duty during the period of his tenure.

“He wished him all the best in his future endeavours”.

Below are eight things to know about the acting IGP

2. He hails from Geidam in Yobe State and has had meritorious years in the force.

3. He has also served in various capacities such as DIG Force CID and was also the Force Secretary at the Force Headquarters, Abuja.

5. He was in Ilorin as an Area Commander. He was the second-in-command in Ebonyi, He was also an Assistant Commissioner, CID in Kaduna and before then was DPO (Divisional Police Officer) in various places like Yola, Gombe, Kaduna, and Jos.

6. He holds a Masters in Public Administration (MPA) Degree from the University of Maiduguri, Borno State 1997 and a BA (ED) Political Science from Bayero University, Kano State as well as Professional Courses/Workshop Institution.