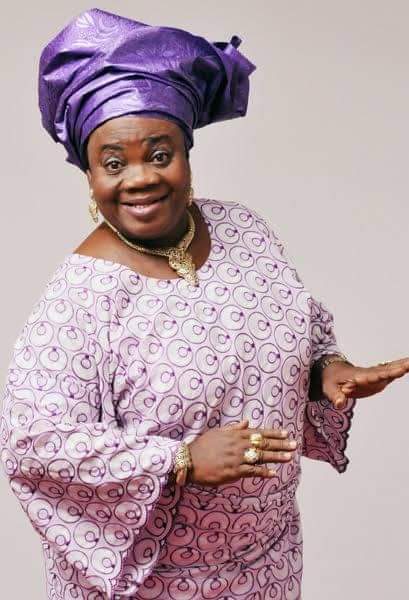 Unknown to the public, the famous actress, Mama Awero was on the verge of being evicted from her house over rent issues before the intervention of the Lagos government led by Sanwo-Olu.

Read Also:  A veteran Nollywood actor and cleric is dead

At an event today, the governor who has been winning plaudits for his strategic and humane interactions and interventions in dispensing state funds and largesse gifted a 3-bedroom flat at the newly commissioned Prince Abiodun Ogunleye Housing Scheme, Igbogbo in Ikorodu, to the veteran thespian.

In his speech, thee governor revealed that she was on the verge of being ejected from her rented accommodation, and that such a person having brought smiles to the face of many for over 35 years or more should be celebrated while alive and not in death.

The elated actress was filled with joy as she thanked the governor and Lagosians for the gift.