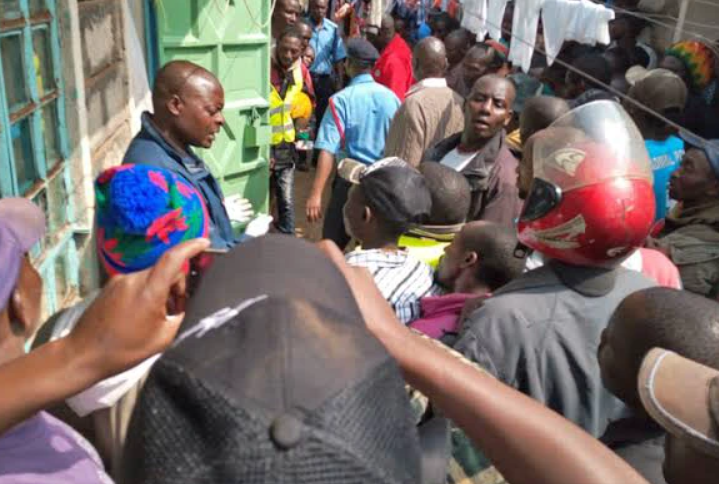 It was a sad morning at one apartment in Westlands Nairobi after a police officer’s wife committed suicide. It is reported that the officer left work at around 3:00 am and went to his house to take a rest. To his utter dismay, he found his wife hanging in the sitting room. She had a shawl tied on her neck.

On her hands, she was holding her 7-months old baby before she passed on. The officer then rushed to the kitchen and fetched a knife to cut the shawl but it was way too late. His dear wife had lost her life.

Damaris Chepkurui succumbed to death leaving behind her baby who lay on the floor crying. The officer then called his fellow policemen who arrived at the scene and inspected it. They then untied the body and took it to the morgue.

According to them, the body had no physical injuries. It was clear the lady committed suicide. However, they said they are waiting for an autopsy report to determine the root cause of the matter.