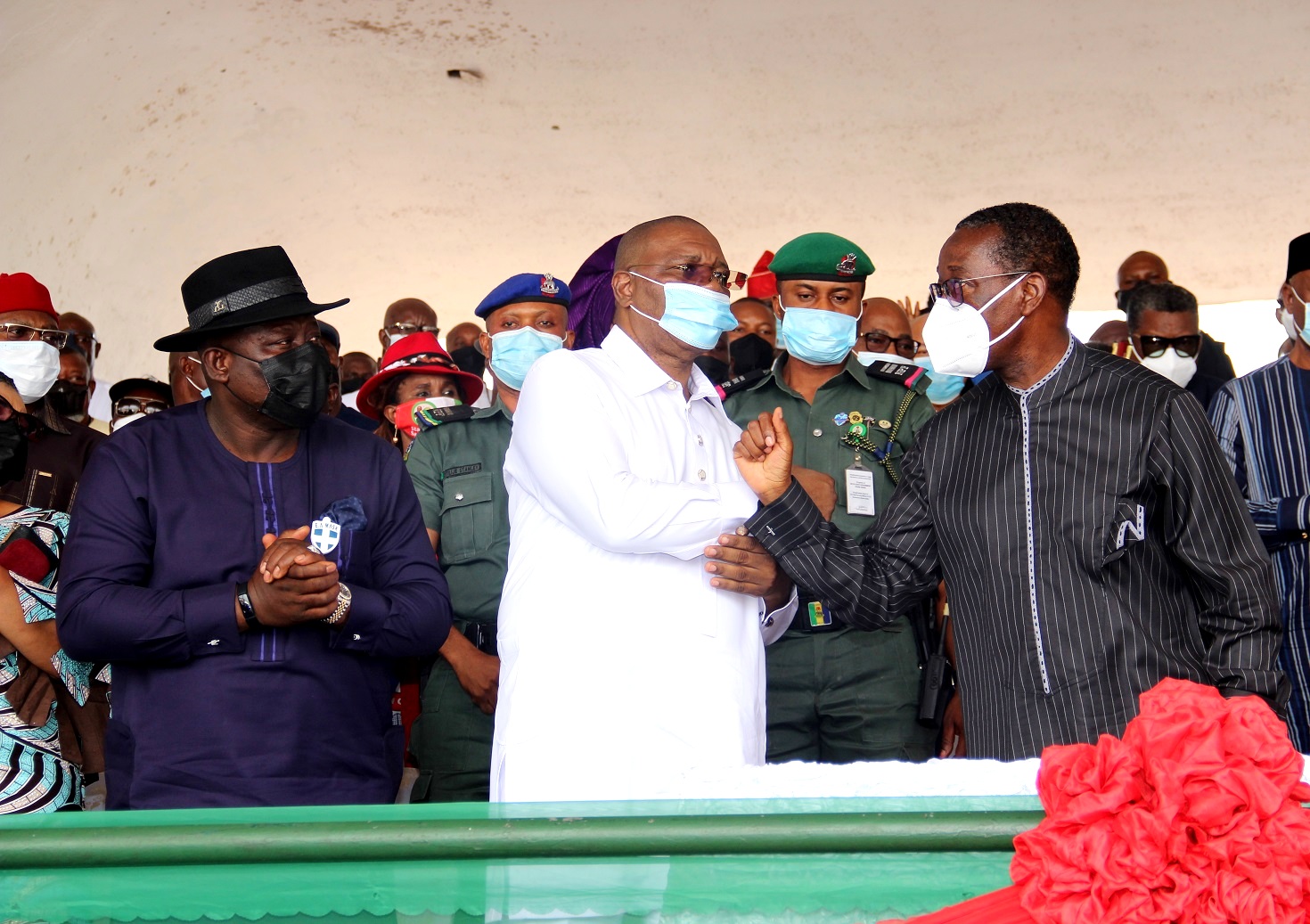 Delta Governor, Senator Ifeanyi Okowa, on Monday, charged newly-elected chairmen of the 25 local government councils in the state to formulate policies and programmes that would impact positively on the socio-economic well-being of rural people.

Okowa gave the charge while inaugurating the chairmen and vice-chairmen in Asaba.

He explained that it was necessary for the chairmen to make the people the thrust of the councils’ activities so as to emancipate the people from poverty to prosperity.

He noted that many people at the grassroots still lived below the poverty line, adding that there was a need, therefore, for the chairmen to pay special attention to the most vulnerable.

The governor said that the weak persons in the rural areas included the indigent, unemployed, widows and the physically-challenged.

“Many of our people still live below the poverty line. I, therefore, urge you to formulate policies and programmes that will impact positively on the economic well-being of your people and move them from poverty to prosperity.

“It is a fact of governance that needs always exceed available resources, hence it is incumbent on you to be resourceful and come up with creative ways to shore up your internal revenue without further burdening the people.

“It is not an easy task but it is one that you must embrace and execute,” he said.

He also urged the council chairmen to place high premium on peace and security as well as the prosperity of their people, saying that had been the fulcrum of his administration’s policies and programmes since inception in 2015.

He disclosed that the recent communal clashes in some areas, the protracted farmers-herders crises and the rising cases of kidnapping required urgent and decisive action.

According to the governor, as leaders closest to the grassroots, you must work closely with the traditional institutions, grassroots organisations, youth groups, vigilante groups and official security channels to ensure peace and security in your communities.

“As you begin your tenures today (Monday), I expect you to hit the ground running. It goes without saying that you are the vehicles through which the government reaches the grassroots, where the majority of our people live.

“Hence, any slackness on your part will be a disservice to the people and impact negatively on the state government. You must live among your people to command their trust and respect.

“For those of you coming in as first-time chairmen, you must work with the consciousness that government is a continuum and build on the foundation laid by your predecessors.

“It is unhelpful and counter-productive to abandon projects that were started by your predecessors; you can finetune, reshape or improve on them, but don’t abandon them.

“To the returning chairmen, I urge you to re-double your efforts. The renewed mandate from your people is an invitation to consolidate on your achievements, raise the bar of governance and correct the mistakes of the past,” he stated.

While congratulating the new chairmen and the Peoples’ Democratic Party (PDP) for the resounding victory at the polls on Saturday, Okowa said that the landslide victory of the party had demonstrated again, the supremacy of PDP in Delta, and pointed out that it was also, an overwhelming vote of confidence in his administration.

“Our people have seen that their interests are best served with the current administration and the PDP. I commend them for their turnout and peaceful conduct at the polls, which was conducted in a free, fair and credible atmosphere.

“My commendation also goes to the Delta State Independent Electoral Commission (DSIEC) for standing firm and putting all the necessary structures and processes in place for a hitch-free election.

“Equally deserving of praise and appreciation are the Police and other security agencies for their presence and preemptive action to forestall any ugly incident before, during and after the election on Saturday,” he said.

The governor harped on the need for the chairmen to embrace inclusive governance by working as a team, adding that they should ensure that they included their vice chairmen and other members of the executive and the legislative arm in decision-making process.

Responding on behalf of the chairmen and vice-chairmen, Chairman of Ndokwa East Local Government Area, Mr Juan Governor, expressed appreciation to the governor and leaders of the PDP in the state for the opportunity given to them to serve at the grassroots level of governance.

He commended the electorate in the various local government areas for endorsing their candidature through the electoral mandate given to them at the polls, and assured that they would not betray the confidence reposed in them.

The highpoint of the ceremony which was attended by the wife of the governor, Dame Edith Okowa; the Deputy Governor,
Mr Kingsley Otuaro and other top government functionaries was the administration of oath of office on the council chairmen and their vice by the governor.

2 thoughts on “Be people-oriented in your policies , Okowa charges new LG chairmen Inbox”